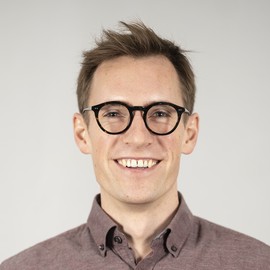 I’m a Swartz Foundation Fellow for Theory in Neuroscience working on causality with Frederick Eberhardt. I’m interested in how to address confounding in observational data and how to aggregate causal variables. Though the methods we develop are domain-general, I focus on neuroscientific applications. In my doctoral dissertation I explore synergies between research on causality in machine learning and economics. You can reach me at pburauel [at] caltech [dot] edu.

What the Degree of Structural Autonomy Can Say about Instrument Validity

Abstract: The validity of instrumental variables to estimate causal eﬀects is typically justifed narratively and often remains controversial. Thus, more objective evaluation of instrument validity through data-driven methods is desirable. I build on a method to quantify the degree of confounding in multivariate linear models, which invokes arguments about the autonomy of mechanisms linking cause and eﬀect, and show how it can be used to evaluate instrument validity. Monte Carlo studies show a high accuracy of the procedure. An empirical application shows its feasibility in practice.

Abstract: This paper shows that testability of reverse causality is possible even in the absence of exogenous variation, such as in the form of instrumental variables. Instead of relying on exogenous variation, we achieve testability by imposing relatively weak model restrictions. Our main assumption is that the true functional relationship is nonlinear and error terms are additively separable. In contrast to existing literature, we allow the error to be heteroskedastic, which is the case in most economic applications. Our procedure builds on reproducing kernel Hilbert space (RKHS) embeddings of probability distributions to test conditional independence. We show that the procedure provides a powerful tool to detect the causal direction in both Monte Carlo simulations and an application to German survey data. We can infer the causal direction between income and work experience (proxied by age) without relying on exogeneous variation.

Abstract: Previous research suggests that minimum wages induce heterogeneous treatment effects on wages across different groups of employees. This research usually defines groups ex ante. We analyze to what extent effect heterogeneities can be discerned in a data-driven manner by adapting the generalized random forest implementation of Athey et al (2019) in a difference-in-differences setting. Such a data-driven methodology allows detecting the potentially spurious nature of heterogeneities found in subgroups chosen ex-ante. The 2015 introduction of a minimum wage in Germany is the institutional background, with data of the Socio-economic Panel serving as our empirical basis. Our analysis not only reveals considerable treatment heterogeneities, it also shows that previously documented effect heterogeneities can be explained by interactions of other covariates.